Bernard Kamine (Download vCard) graduated from Harvard Law School in 1968 after receiving his undergraduate degree at the University of Denver.  A government attorney from 1968 to 1974, he has since focused on construction industry dispute avoidance and resolution.  Besides representing clients, he regularly serves as an arbitrator and mediator in construction industry cases.  Both Best Lawyers in America and Southern California Super Lawyers recognized him as a top construction industry lawyer; the Los Angeles County Bar Association gave him its biennial James Acret Award for Outstanding Achievement in Construction Law Legal Writing; and the Engineering Contractors Association gave him its annual D.I.G. Award for demonstrating dignity, integrity and generosity in his work with the construction industry.  He wrote Public Works Construction Manual: A Legal Guide for California (BNi Building News, 1996); co-wrote “Chapter 22, Construction Contracts” in 2 California Forms of Jury Instruction (Matthew Bender, 1985, repub’d 1997; wrote or co-wrote over 200 articles for legal periodicals and construction industry trade publications; and is cited as an authority on construction law in Judicial Council of California Civil Jury Instructions (CACI), Series 4500, Construction Law (LexisNexis 2011).  He has spoken at educational functions of the Engineering Contractors Association (where he served on the Board of Directors and as Legal Counsel for 30 years), the Associated General Contractors of California, California Continuing Education of the Bar, American Arbitration Association, Building Industry Association and Construction Management Association of America.  He served on the board of Public Works Standards, Inc., publisher of the Standard Specifications for Public Works Construction (the “Greenbook”) for 19 years.  He has written over a dozen bills that have been enacted into law, and continues to work on legislation that will benefit the construction industry.  He is admitted to the Colorado Bar.  He is a Colonel, Infantry, USAR (ret.) and a member of several community organizations. 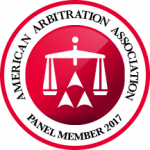