Bernard Kamine (Download vCard) graduated from Harvard Law School in 1968 after receiving his undergraduate degree at the University of Denver.  A government attorney from 1968 to 1974, he has since focused on construction industry dispute avoidance and resolution.  Besides representing clients, he regularly serves as an arbitrator and mediator in construction industry cases.  Both Best Lawyers in America and Southern California Super Lawyers recognized him as a top construction industry lawyer; the Los Angeles’ County Bar Association gave him its biennial James Acret Award for Outstanding Achievement in Construction Law Legal Writing; and the Engineering Contractors’ Association gave him its annual D.I.G. Award for demonstrating dignity, integrity and generosity in his work with the construction industry.  He wrote Public Works Construction Manual: A Legal Guide for California (BNi Building News, 1996); co-wrote “Chapter 22, Construction Contracts” in 2 California Forms of Jury Instruction (Matthew Bender, 1985, repub’d 1997; wrote or co-wrote over 200 articles for legal periodicals and construction industry trade publications; and is cited as an authority on construction law in Judicial Council of California Civil Jury Instructions (CACI), Series 4500, Construction Law (LexisNexis 2011).  He has spoken at educational functions of the Engineering Contractors’ Association (where he is a member of the Board of Directors and Legal Counsel), the Associated General Contractors of California, California Continuing Education of the Bar, American Arbitration Association, Building Industry Association and Construction Management Association of America.  He has been on the board of Public Works Standards, Inc., publisher of the Standard Specifications for Public Works Construction (the “Greenbook”) for over 15 years.  He has written over a dozen bills that have been enacted into law, and continues to work on legislation that will benefit the construction industry.  He is admitted to the Colorado Bar.  He is a Colonel, Infantry, USAR (ret.) and a member of several community organizations. 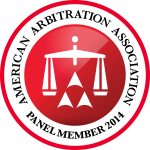 Marcia Haber Kamine  (Download vCard) completed her undergraduate studies at the University of California, San Francisco, and received her law degree, cum laude, from Southwestern University College of Law. After more than 30 years in the Los Angeles City Attorney’s Office, where she tried almost 50 jury trials to a verdict, she retired as an Assistant City Attorney and joined the firm. For 20 years with the city, she had been assigned to the Civil Branch, General Counsel and Special Litigation sections, where she represented the city on all aspects of public works construction, including bid protests, bidder responsibility hearings, subcontractor substitution hearings, and trials and appeals in both state and federal courts.

For the last 10 years with the city, she advised the Department of Water and Power, Board of Water & Power Commissioners, on construction and procurement issues, including development of standard terms and conditions for a variety of contracts (including software and hardware procurement, design-build for solar and wind farms, and sales of surplus property), and on energy related regulatory and procurement matters.

Marcia Haber Kamine joined the firm in May 2009, and represents contractors, owners and sureties in all aspects of construction and procurement matters. She regularly serves as an arbitrator (over 250 times) and mediator in construction industry cases, and is a member of the American Arbitration Association Large Complex Case Panel. She co-wrote “Chapter 22, Construction Contracts” in 2 CALIFORNIA FORMS OF JURY INSTRUCTION (Matthew Bender, 1985, repub’d 1997), presented a paper at the World Tunneling Conference on Differing Site Conditions, writes papers on government procurement, bond and construction related issues, and often makes presentations to construction industry groups. She served for 7 years on the governing board of California Continuing Education of the Bar (publisher of many legal treatises) culminating in a year as the Chairperson. She has also been very involved in community organizations, including Boy Scouts and citizen advisory panels for the expenditure of public works bond money.